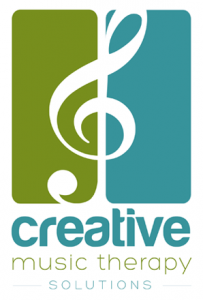 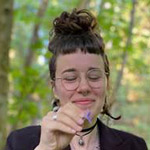 Populations you specialize with:

River was raised - heartful, curious, and creative – all across Turtle Island; from the Rocky Mountains to the rusted roads of Prince-Edward Island, Ottawa’s suburbs and back to the Maritimes, finally landing back out West to finish their education. They have gathered many stories over the years, learning what’s possible in different iterations of time and place. Music is one of the only things that has been in their life longer than grief, and they are honoured to be able to share this medicine in community.

As soon as their mum told them about music therapy at the age of 8, River knew it was a profession they wanted to pursue. Twenty years later, they completed their degree after a decade of academic and experiential study, learning from life as much as their mentors. During this time, they worked as a private music instructor as well as a mental health worker supporting folks living with addiction. They also had the opportunity to develop their skills by completing supervised practicums with a variety of people, including seniors, youth, grieving families, and mothers and children fleeing intimate partner violence; as well as hospice, cancer, and burns patients.

Through these diverse experiences, River was able to witness the power and potential of music in community, as well as community itself, which greatly informs their practice.

River approaches their work from a holistic, anti-oppressive, person-centered, and community-oriented lens. It is their belief that participation in music expression and experience facilitates growth, homeostasis, or catharsis in ways that are accessible, adaptable, and intuitive. They believe that play, joy, and beauty are as significant to a person’s journey as confronting painful and uncomfortable feelings asking to be voiced. They believe that healing cannot happen in isolation and strive to facilitate bonds with the people they support, whether that be with the music, the facilitator, or other members of the group and community. Furthermore, they recognize the societal factors that are at the root of much of the world’s pain, and do work inside and out of the music therapy context to participate in developing a more just, safe, and joyous world for all.

River’s personal philosophy is deeply rooted in an attunement to the interdependence of all things, and the responsibility that comes with such. They deeply value radical and unapologetic authenticity in that it facilitates communities in which individual gifts are celebrated and shared, for it is in being genuine that we are able to find where we belong. River believes in the importance of continued growth, curiosity, humility, and development, embracing change as an inevitable and profound teacher. They work to dismantle their own biases from a place of care, and not fragility. Play and wonder are two of the most consistent supports in their life. Among all the challenges of this world, they find hope in the smallest of places.

People can do such spectacular things if you forget to tell them it’s impossible.
~ Akwaeke Emezi

Even when the truth isn’t hopeful, the telling of it is.
~ Andrew/Andrea Gibson

There is nothing more beautiful than someone being real.
~Tanya Tagaq